Partner und Förderer
About | Team | Work with us

“CAPTURE & discard” thematizes the attempt of a group of individuals to remove from their everyday lives everything that has constituted their lives and their everyday lives up to now: subjects, objects, behavior patterns, relationships, memories, insights, desires, hopes, fears, and moral principles. It is about the essential need of individuals to be free, to free themselves from all that they have acquired in the course of their existence. It is about the attempt to put an end to being trapped in relationships that are characterized by the ritualized need to have, by possessiveness, and by the compulsion to consume and constantly reproduce. But it is also about the attempt to describe what could be possible after the destruction of such relationships.

“CAPTURE & discard” begins at a moment when individuals become aware that their actions are subject to mechanisms they cannot influence, that they act like automatons, that all emotions have been lost to them or turned into the absurd. They are no longer aware of the meaning and consequences of their actions in the external world (loss of existential consciousness), they can no longer name what constitutes their I (loss of subjective consciousness), their relationships with other subjects dissolve (loss of social and political consciousness). Along these three axes of dissolution, the scenic structure of “CAPTURE & discard” develops. Almost complete solidification in a space that is actually a non-space is the starting point. Very slowly, almost imperceptibly, the rigidity of the individuals dissolves and turns into the beginnings of a new movement, through which the space also becomes experienceable again. The newly awakened consciousness of the individuals searches for new points of orientation, and in the process the individuals try to avoid the old patterns and establish new ones.

“CAPTURE & discard” questions the shaping of identities as a function of cultural, social, economic and political conditions and, in this context, especially the manipulability of identities. The piece also asks about possibilities of change and reorientation. Ultimately, it is about freedom and the question of whether and how it might be possible to create associations in which the free development of each is the condition for the free development of all. 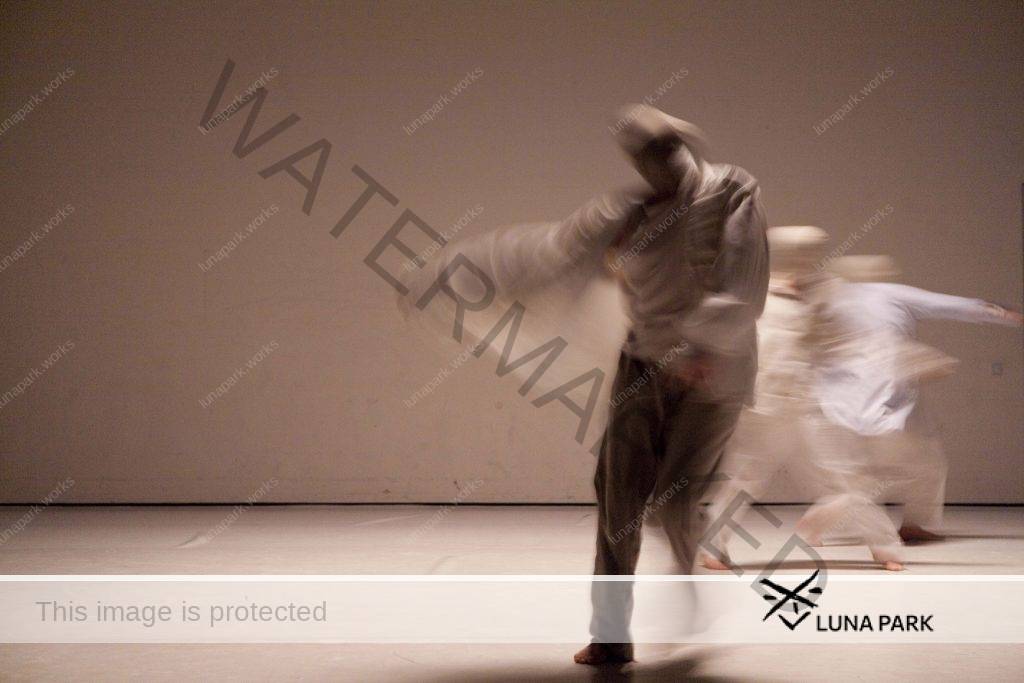